You can find me every Sunday on the north side of Merrion Square, Dublin (beside the bus stop) selling artwork, bog sculptures and poetry books. Come say hello!

On Saturday October 10th 2020 @ 8pm I took part in “Reflect and Dream” – a facebook live event hosted by the Living Room Folk Sessions. I joined guitarist Paddy Buckenham, and Mairéad O’Donnell on fiddle & vocals for a varied selection of tunes and poetry. Check out the stream in the link below:

Congratulations to all who took part in Trocaire poetry competition, on line on Poetry Ireland youtube channel. The poems can still be seen and heard there. My poem Well Water was runner up in Adult Published  Poet Section.

It was when I saw the footprints

the toes, the heels, the soles of women

printed on the earth-

saw the crescents and the moons left by the heavy jars

as if the planets came to walk among us-

that I walked around

and called them all to mind

the women of the well-

women who had left behind

a mud map of their standing,

quick and light of step,

a carrier of two jars,

woman whose little one

leaves tiny prints around hers

till she lifts him on her hip,

old woman, heavy on her feet

whose path has ploughed

The dry earth drinks their footfalls

as they go their separate ways,

weighted down by struggles

heavy as the water

they carry from the well

I quench my thirst

the last drops sent to bless them,

and step by step

I bring this water home.

An Post Awards. A huge thank you to all the many people from all over the world who voted for my poem, The Kerchief  for the Poem of the Year at the An Post Irish Book Awards . There were visitors to this page from Ireland, UK, America, Canada, Denmark, Germany, Holland, France, Italy, Uganda, Australia and China. A truly world wide web of poetry readers. It did not win but to get nominated from 140 something submissions was a miracle. Both Paul McMahon and Dean Browne who I had the pleasure of getting to know on the big night were thrilled that our poems could reach such an audience. Congratulations to Audrey Molloy, from Sydney, whose poem Salt Rain won the competition. I will leave the text and sound version up on the site for anyone who still wants to check it out.

Will be reading at the launch of this anthology in Poetry Ireland.  It is is a selection of winning entries from the last seven years of their poetry competition. My poem The Kerchief which won the 2019 published poet category is included. 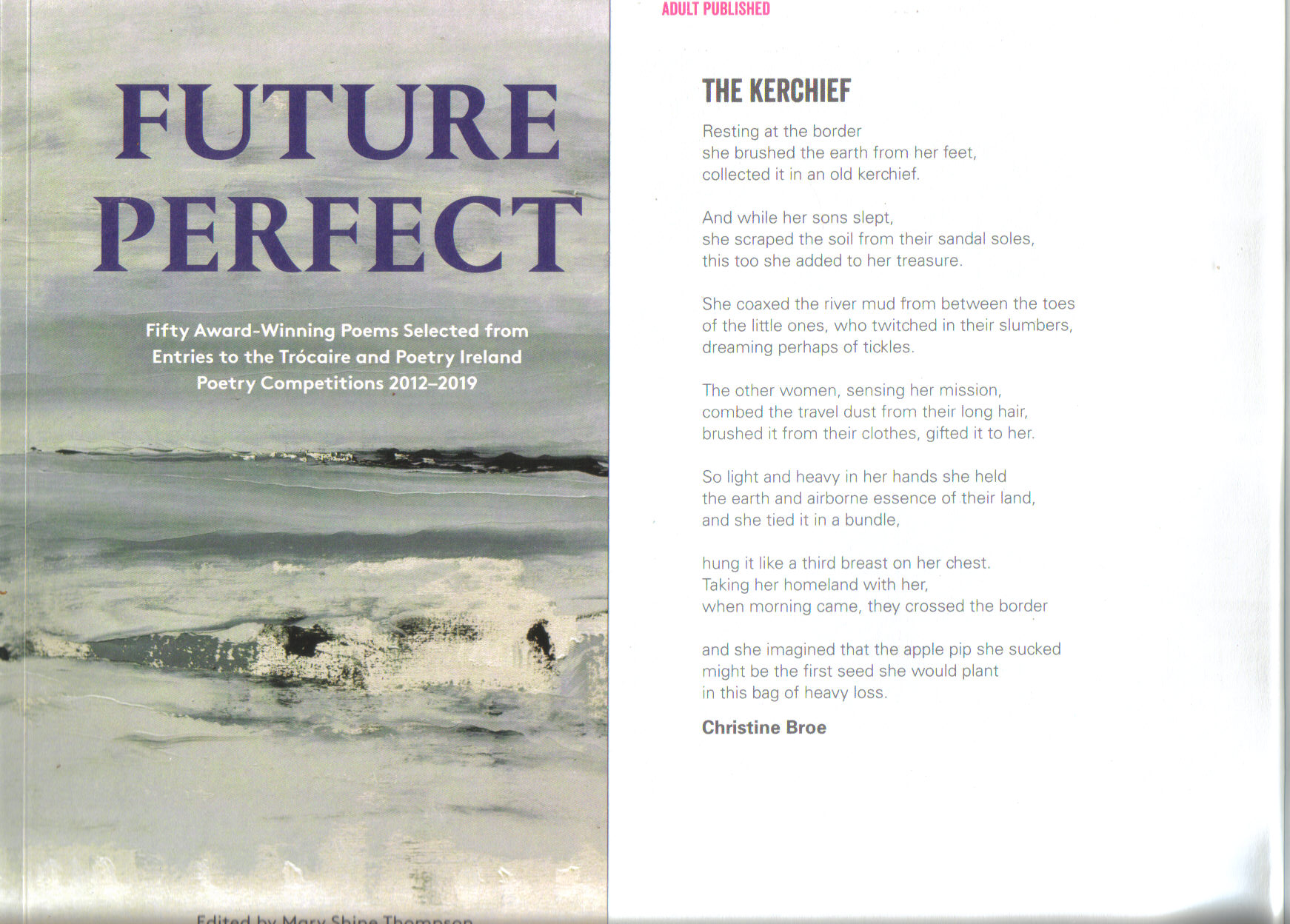 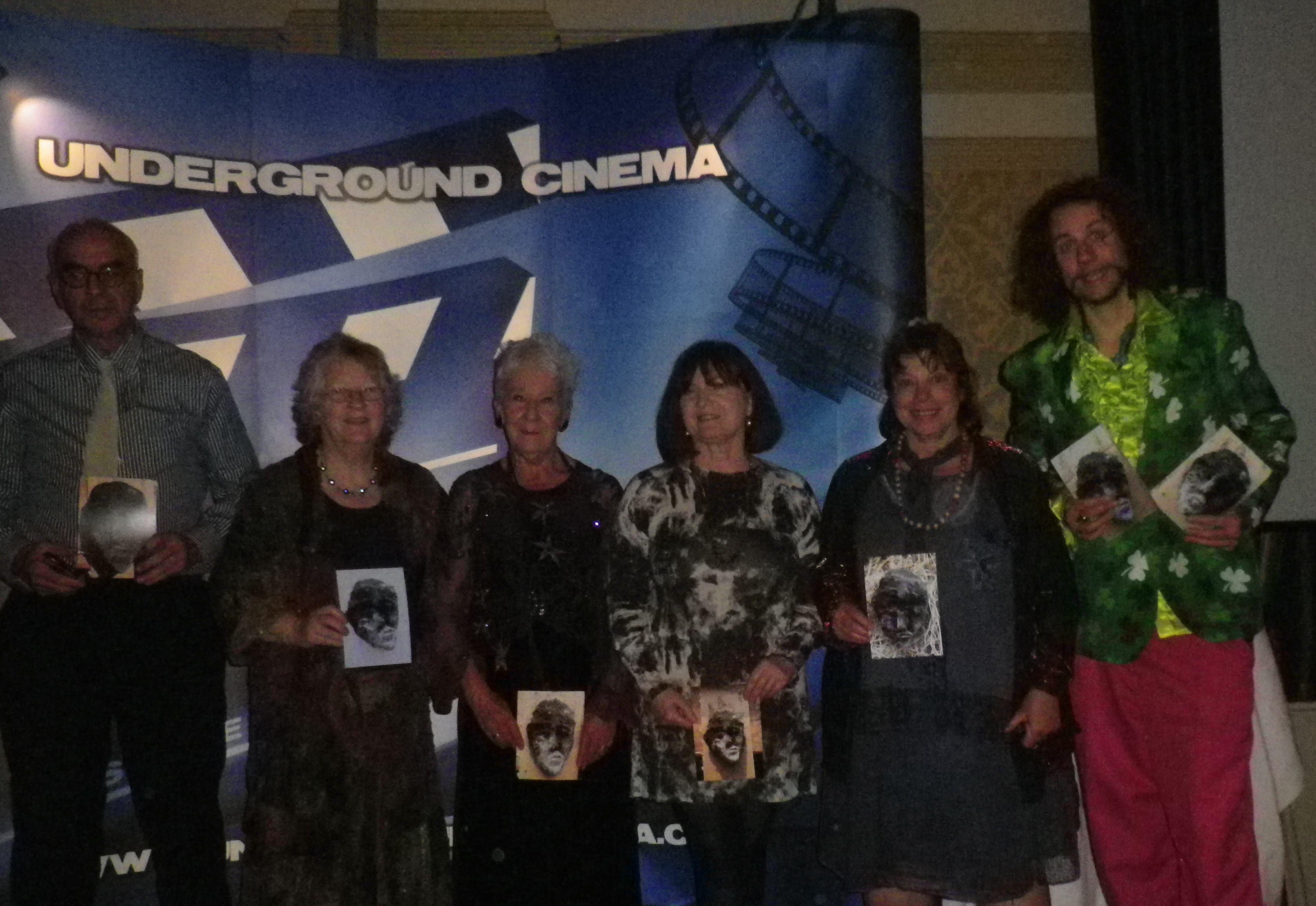 Bog Meditation- a film featuring my poetry and sculpture has been seen at film festivals on both sides of the atlantic. The film was nominated in the Documentaries Category of the Underground Cinema.  Picture shows cast and sound man at Royal Marine Hotel, Dun Laoghaire on November 5th.2016, awards night.We had previously  been  privileged to win an award at the Hollywood International independent Documentary Awards in September. The project was facilitated by the IFI for the Bealtaine Festival. It shows the process of making bog sculptures and the sound track features readings of some of my poems inspired by this work. The whole film was shot in one day, from digging in the fog, in the bog, in the Feather Beds to the experimental sculpture workshop in Beaver Row Studios. It was ‘no budget and  non scripted’  Luke Ryan was behind the camera and instructed us in editing.  Glenda Cimino who directed the film  travelled to Hollywood for the screening and award ceremony. The film is 9 min. long but you can see trailer here-

Christine Broe was born in Dublin in 1948, where she settled and raised a family of seven.  Having worked as an art teacher and art therapist she began writing poetry in the 1990’s. She is a long time member of the Rathmines Writer’s Group and has facilitated numerous creative writing workshops.

Having won the inaugural Brendan Kennelly Award in 2001 and gaining international recognition with the awarding of the Premio Cittá di Olbia prize in 2002, Swan Press published her debut collection Solas Sólás in 2003.

Her most recent collection Lifting Light contains poems inspired by bog sculptures, poems twinned with paintings and poems from her everyday life inspired by friendships and family.

Use the player below to hear Christine reading poems & talking about her new collection Lifting Light on Rhyme & Reason, Dublin South FM.

Both of Christine’s published collections are available to order online, please follow the link below to visit her Big Cartel online store.

Here is a review of Lifting Light in The Irish Times! 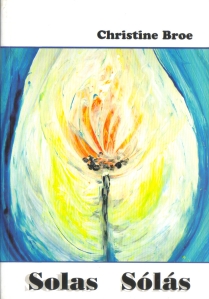 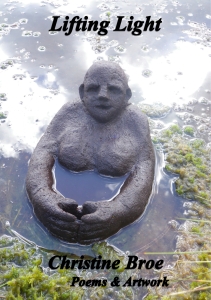